Last week, I read a snarky article on the Huffington Post on the “7 Ways to Be Insufferable on Facebook.” The author dissected nearly every possible type of Facebook post and categorized them into five types: image crafting, narcissism, attention craving, jealousy inducing, and loneliness.

The author’s views were so negative and constraining that I found myself wondering, if every one of my Facebook friends refrained from the type of posts this guy complains about so as not to be “annoying” then what would my feed look like? Pictures of cute baby animals, music videos, and other “interesting/informative” and/or “funny/amusing/entertaining” tidbits, but none of it would be personal. It got me thinking about how we, as people in this digital paradigm, interact with one another and how, often, the nature of the virtual world can be unfriendly.

Then I saw a post in a private writers’ Facebook group that asked people to post links to book reviews they have written and encouraged people to write new book reviews as a means to help support the many writers in the group who have published books and are in need of exposure. I love this idea. It’s supportive, encouraging, and interactive.

I am a slow reader, and I don’t get through a lot of books in a timely fashion. But I do read essays every day on the internet, often finding their links on Facebook. This got me thinking: Maybe I would start a weekly Facebook post where I would share a link to a piece of writing that I love and want to promote. This would be my own form of review on a much smaller scale, but rather than “reviewing” the writing, it would be more of a spotlight of the author and her/his writing. It would be interesting, informative, and entertaining, and it would satisfy those pesky requirements on how to not be insufferable on Facebook! Then I got to thinking, why not do this on my blog and then post a link to the blog on Facebook? Accomplishing two tasks at once, you know that killing two birds with one stone concept, only I love birds and would never throw stones at them.

Which brings me to the birth of this new weekly feature: The Sunday Spotlight. My goal for this weekly spotlight is to introduce readers to a writer and/or piece of writing they are not familiar with. The focus will be on new and emerging writers, but I may occasionally feature an established writer who I love and just can’t hold myself back from showering with praises.

I first became familiar with Cathy because we shared a mutual friend, a fellow writer named Christy Bailey, who passed away June 12, 2015, and I had read Cathy’s essay “Cold Blue,” which was also published as a Sunday Rumpus Essay (and is another highly recommended read). Cathy and I became fast friends when she offered to host me the weekend of Christy’s memorial in Denver, Colorado. Staying with someone you don’t know at such a tender time could be an emotional disaster, but Cathy was gracious and warm and empathetic. We shared many reminiscences of Christy, talked writer’s shop talk at length, and read some of each other’s work.

One of Cathy’s essays I read during that weekend was “The Sweetest Kidnapping.” I was instantly enthralled with the essay and immediately expressed interest in publishing it at Hunger Mountain, the literary journal where I work as assistant creative nonfiction editor, but Cathy was not ready to submit the piece, and ultimately, it was published at The Rumpus.

“The Sweetest Kidnapping” weaves fairy tale lore with Cathy’s personal story from her childhood of being at the center of a custody dispute, revealing and ruminating on the extreme actions taken by some of her family members and their subsequent ramifications.

How long, exactly, does it take for a child to forget her mother? 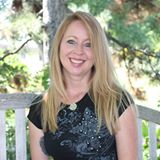 Cathy Bell is a member of the Lighthouse Writers Workshop in Denver, the best literary community out there in her opinion. When Cathy is not writing, taking classes, or working as an IT manager at the University of Colorado Denver, she spends her time volunteering as a submissions reader for Hippocampus Magazine, helping with literary events at Lighthouse Writers Workshop, and making mixed-media art. Cathy is a Colorado native and loves to write about her family, family history, and the small Colorado towns where she grew up.  She has been published in The Rumpus(twice), Full Grown People, Hippocampus Magazine, and other literary publications. Read more of Cathy’s work at cathyaebell.com. Or say hello on Twitter: @cathyannelaine.

A few questions for Cathy:

What were your goals and intentions in writing “The Sweetest Kidnapping?”

For at least seven years, I’ve wanted to tell a story about this one night in my childhood that I thought was so magical, even though I found out later it was a ploy by my grandmother to hide us kids from our mother. I wanted to explore memory and truth and write about how it took me a whole lifetime to learn the parts of this mystery. I had tried for years to write the story as a typical narrative, but it was too complex and hard to understand since it takes place in three towns over almost forty years. Finally, I had a breakthrough when I saw the story from multiple perspectives and knew it needed to be told in fragments with fairy tale elements. Thankfully, it worked out. What a relief.

Which authors or books have influenced your work or are some of your favorites?

I’ve been thinking about this…  My biggest influence on my writing today are two writers I met in memoir workshop at Lighthouse Writers Workshop: Lia Woodall and Jannett Matusiak.  They are both working on their books and both write in more experimental ways—mosaic and fragments being my favorite techniques.  I had a huge realization in my first class with them that I could tell a story in pieces. It didn’t have to be a typical narrative. I learned that sometimes the white space on a page can have a powerful emotional punch.  And our teacher, Richard Froude, has always given us the freedom to explore crazy boundaries and to try to capture what words can’t capture.  Jennifer Denrow is another Lighthouse teacher who has broken my head open. It was her Lyric Essay class where I was finally able to get “The Sweetest Kidnapping” right.  But before Lia and Jannett, and Richard and Jennifer, came Lidia Yuknavitch’s Chronology of Water. That was the first time I understood you didn’t have to follow all rules in writing and that not following them could create more emotion on the page. Now the authors I gravitate towards are Sarah Manguso, Eula Biss, and Abigail Thomas for example.  Oh, and I would be remiss if I didn’t mention Karrie Higgin’s “Strange Flowers” essay on The Manifest-Station.  I don’t think I’ve ever been so excited about an essay or so blown away.  There is genius going on in that head of hers.

Where did your love of books/storytelling/reading/writing come from?

Looking back, I would say the first clue that I liked writing was when I won the father’s day writing contest in sixth grade (My Father is Special…). And then I started writing more in junior high school in my English class. I had a wonderful teacher who bought me a thesaurus and would write my poems and corny sayings on the blackboard sometimes. I always loved writing and minored in writing in college, but I never thought I would be “a writer” because I was so intent on getting my master’s degree in psychology. Now I don’t have those hang ups anymore. I have an MA in Health Psychology, but I do computer support for researchers working with American Indians AND I want to be a writer. Now that I’m older, I’m good with not having a simple and direct career path.

Laurie Easter lives and writes in a funky little cabin off the grid and on the edge of wilderness in Southern Oregon. She holds an MFA in writing from Vermont College of Fine Arts. She loves to read, cook, garden, travel, eat chocolate, and spend time with her family and friends, especially out in nature.